The two audiences came together at the end of the lecture, to witness a ceremony at the creek. 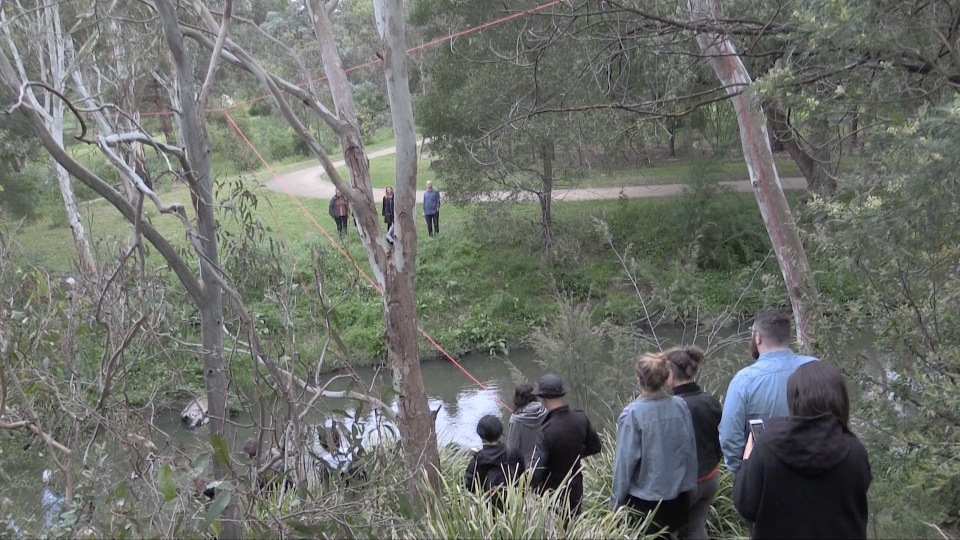 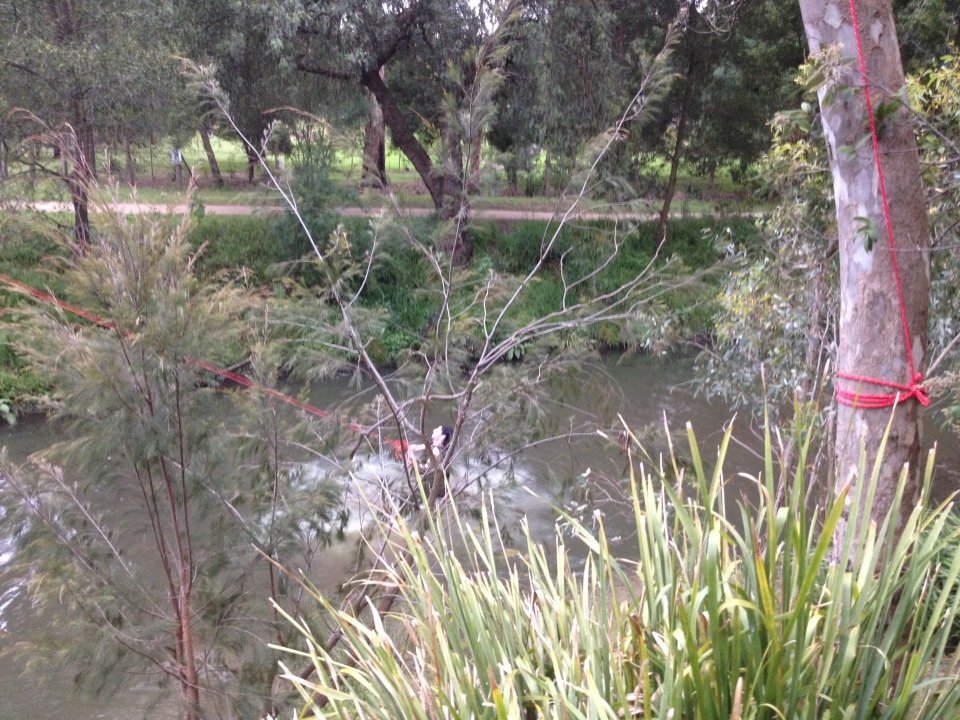 During the lecture a masculine self of the artist appeared mid way, entering the room from the balcony, dressed in full military regalia. Played by a female artist friend, the masculine self exited through the front door after ambling over and around the audience.
In the video installation room, the masculine figure had been half disrobed from a version of himself played in a previous artwork (“EU”). On another video screen a repetitious rendition of a choreographed flag desecration danced in heels could be seen. This choreography is an interpretation of an action performed on the US, French and British flags during the Pan Arabic Games in 1993, as ordered by Colonel Gaddafi. The connection of Libya and the geo-political affect of Gaddafi’s death to this body of work will be written at another time. The creek ceremony saw the artist entering the Darebin creek, still dressed as “Io”, their feminine self. Attaching to a piece of rope the artist moved upstream and as they did so a drenched, double flagged corpse of the masculine military figure was pulled out of the water. It collapsed again as the artist released tension and slowly made their way up the embankment to a warm bath of water. 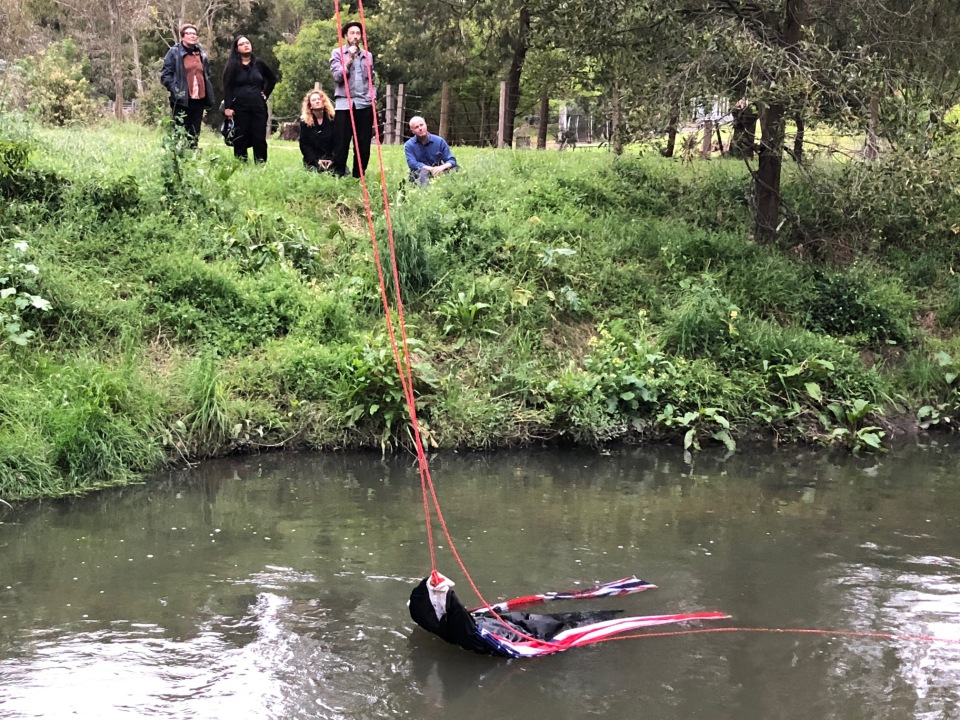